Atlantic Tire & Service’s 2016 Repair My Ride Contest has officially ended, and there are two lucky winners. Thomas O’Hannigan, a student at Wake Tech who teaches piano to put himself through school, received the most votes online for his entry into the contest. Anthony Blackman, President of Atlantic Tire & Service, generously decided to reward a second contestant for his entry, in part because of a comment describing why he deserved to win. Bailey will also be receiving $1,000 worth of free repairs.

The contest ran for a month, with voting ending on October 17, 2016. Contestants submitted a video explaining what is wrong with their car and why they deserve to win. Videos were posted on the Atlantic Tire & Service Facebook page for voting via “likes”.

“At Atlantic Tire & Service, we believe so deeply in giving back to the community that we call our home,” says Anthony Blackman, President and Founder of Atlantic Tire & Services. “I am so happy to be able to help support two very deserving young men and help them repair their vehicles so they can be safe on the road.”

Thank you to everyone who participated and those who supported Thomas and Parker in this contest.

Tim McCowan, Store Manager of Atlantic Tire & Service’s Cary location is seen below with both winners. 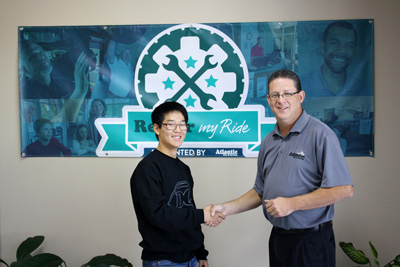 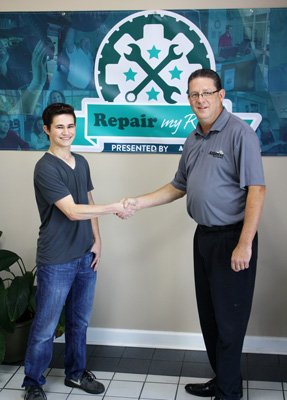 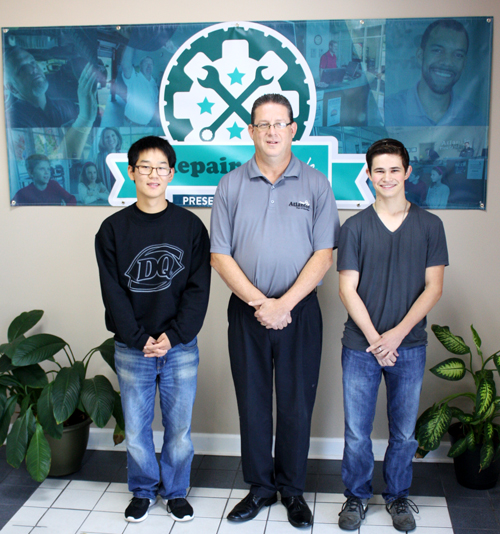 Tim McCowan with the Repair My Ride Winners